The First Harvest at Kulolio Ranch 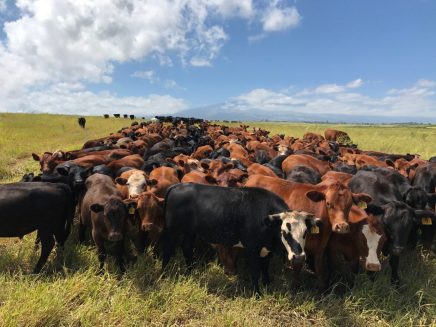 Kūlōlio Ranch, our grass-fed cattle pasturing operation in Central Maui, recently completed its first harvest. A partnership with Maui Cattle Company, Kūlōlio Ranch started in May 2017 as one of A&B’s diversified agriculture initiatives, transitioning former sugar plantation land into new agricultural purposes. This first harvest milestone marks the beginning of what will hopefully be a successful grass-fed beef operation on Maui, helping to provide more locally grown food to the state of Hawaiʻi.

Ranch Manager Jacob Tavares says approximately 90 percent of all calves born in Hawaiʻi are currently exported to the mainland, while about 80 percent of Hawaiʻi’s beef is imported. The carbon footprint for a steak in Hawaiʻi is immense, accounting for the shipping of the cattle to the mainland to be fattened, slaughtered, and butchered, as well as the transport of the meat back to the islands.

The contract between Kūlōlio Ranch and Maui Cattle Co. calls for raising an increasing number of cattle every year for five years, at which time projections indicate that the operation will reach steady state. At steady state, the goal is to process 3,500 head of cattle per year. Kūlōlio Ranch currently has approximately 1,511 steers and heifers (sterilized non-breeding male and female cows, respectively) grazing on their 5,000 acres of pastureland. Eight steers were harvested on June 5, producing 5,500 pounds of beef that was distributed to restaurants, grocery stores, and other retail locations on the island of Maui.

The current plan is to harvest eight head of cattle per week throughout the month of June, then increase to 20 head per week in the month of August. While the beef is currently only distributed on Maui, there are plans to expand statewide in the future.

Jacob says this venture will be successful because of several factors – the local nature of the operation, influences from paniolo culture, and strong collaboration within the industry. The 100 percent pasture-raised, grass-fed beef initiative has been an ongoing development since the fall of 2015. We would like to extend our sincere congratulations to Kūlōlio Ranch on this major milestone, and we look forward to the continued progress and growth of this local agriculture operation. 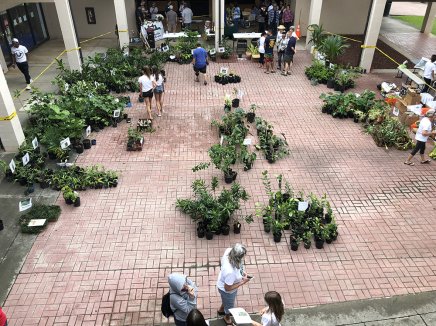