These trashcans are more than meets the eye.

“Instead of having just normal trash cans here we thought let’s put something in it that really speaks to sustainability and conservation,” Alexander and Baldwin spokesperson Darren Pai said.

It doesn’t look like much from the outside because it’s what happens on the inside that counts.

“As the trash builds up, there’s a sensor inside the trash can and when it detects the trash has reached a certain level, there’s a compactor that runs. And that compactor is using power that was provided by the solar panels that charges the battery on the inside,” Pai said.

Pai says Alexander & Baldwin, a Honolulu based real estate company said the company’s commitment toward environmental sustainability is a big reason behind the solar powered bins.

“There’s a lot less waste that gets loaded onto a truck. We really reduce the amount of plastic bag use, it really helps keep the area stay clean, helps make it a much more comfortable environment for the people to come here,” Pai said.

Everyday Jordan Ungvarsky, a Kailua resident, hits the gym at the shopping center, he said the recently added smart cans are hard to miss.

“I work with electrical engineers on the island here in some civil environmental engineering companies and they’re always looking for bigger ways to do things and I think some of the smaller are actually more important,” Ungvarsky said. “The trash is always a huge problem on the island and the island has limited resources, it’s very small. So it’s important for them to take care of their items and put it in the right place,” Ungvarsky said.

Depending how the pilot project goes, more may be popping up on A&B properties.

“It’s more efficient, you can use fewer bags that you end up sending into the stream, that means less waste in our landfill, less waste that’s going to be wasted energy. It’s better for the environment all around it,” Pai said.

According to Pai, it’s one way the company is working toward a cleaner and ‘greener’ Kailua. 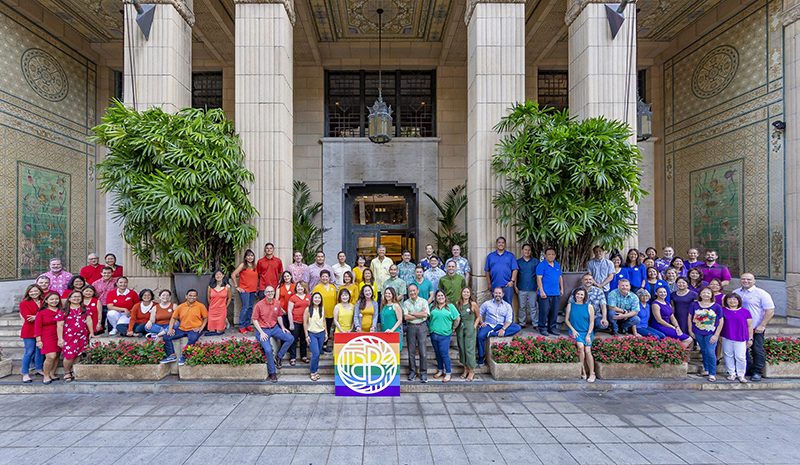