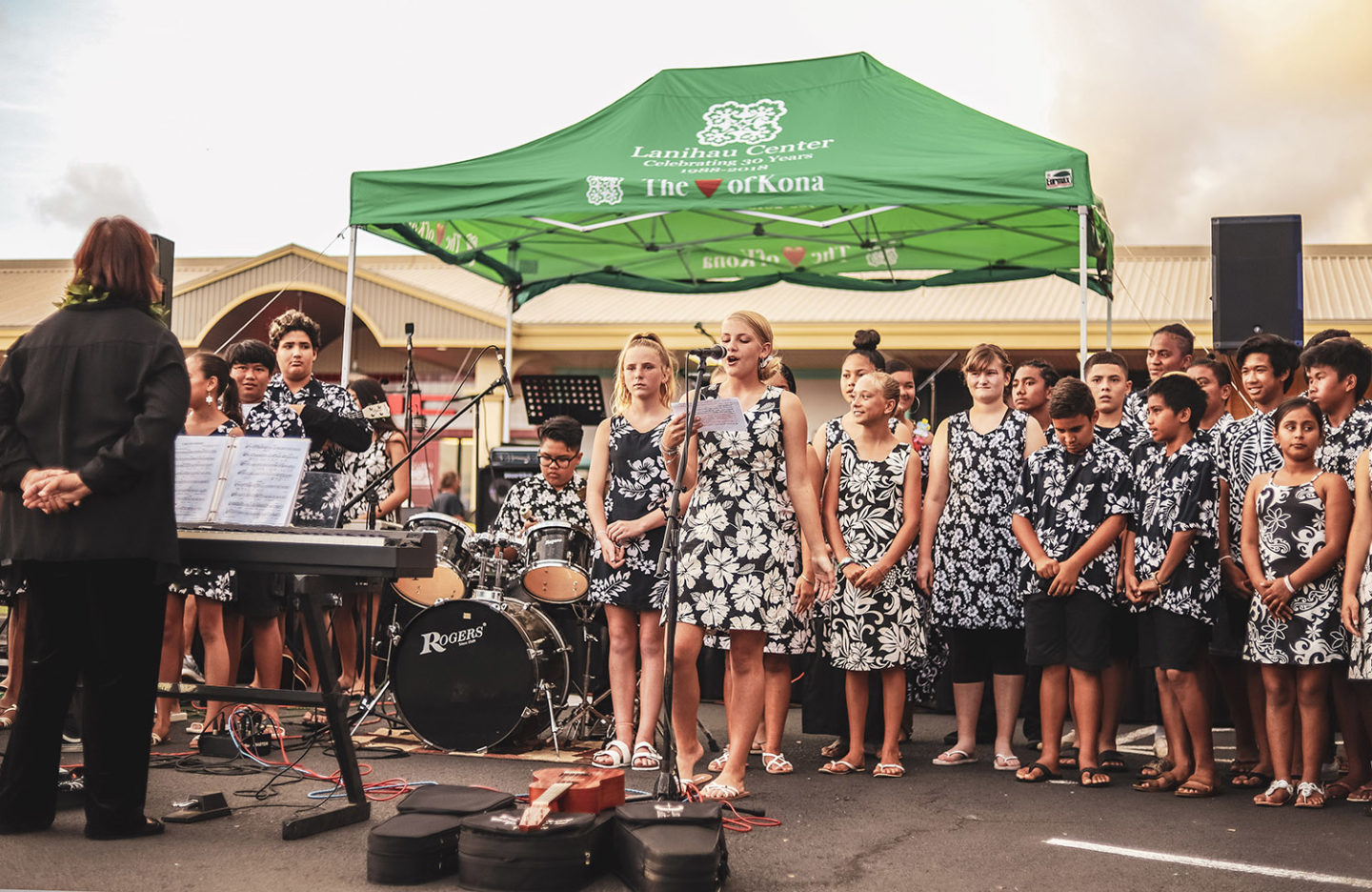 Music filled the air and vendor tents lined the parking lot as the center celebrated its second Fourth Friday-Malama Honua event. The themed, gratis gathering is staged on the fourth Friday of every month, replete each time with entertainment, pop-up shops, food offerings, a keiki center and a beer garden supporting a local nonprofit organization.

“We saw a need in this community where there is no (regular) night market, there’s nothing for families to do for free where they can come chill out on a Friday night,” said Emily Tall, a representative of real estate company Alexander &Baldwin located on Oahu, which owns the Lanihau Center. “So we wanted to bring that all together — local vendors, local music, local food, plus we have so many great tenants as well. We wanted to bring everybody together.”

Around 600 visitors dropped by the self-branded “Heart of Kona” between 6-10 p.m. to eat, drink, dance and shop, said Fourth Friday coordinator Aesha Shapiro.

The evening’s theme, which will change every month, was general environmentalism and taking care of the planet. Organizers designated booths for nonprofits like Legacy Reef Foundation, the Dry Forest Initiative and Recycle Hawaii on the south end of the center’s lot to offer educational information on their organizations and how to get involved.

“The whole focus was on protecting our islands,” Shapiro said. “We live in a place where it’s hard to throw things away because we’re on an island, so I just wanted to make it more about Hawaii.”

The beer garden, sponsored by Ola Brew Company, donated proceeds to the nonprofit Sanctuary of Mana Kea Gardens. Its stated goals are numerous, but among them are educating the community on organic and sustainable agriculture, renewable energy options, widespread conservation efforts and zero waste technology by way of, in part, its radio station — Kona LPFM 100.5.

The organization also collaborates on events like the annual Avocado and Mango Festivals and Feed the Children Christmas Holiday, among others.

“(Ours) is a faith-based organization. The faith that it is based on is our interconnectedness with nature,” said Randyl Rupar, a founder of Sanctuary of Mana Kea Gardens. “The farther away humanity gets from nature, the more ill the human being becomes and the more devastated our environment becomes.”

Fourth Fridays aren’t just about education and encouraging the community to give back. They’re also about family fun and entertainment. The Kealakehe Intermediate School performing arts program kicked off the night on the center stage with an hour-long showcase featuring ukulele and singing sets, as well as choreographed dance.

The main event came next and featured Grammy-nominated LT Smooth and a 10-piece band that played mostly covers of classic favorites, which brought several spectators out of their seats and onto the dance floor.

“It’s just a wonderful time,” said Terry Carter, who attended Friday’s event. “The music is great. So is the food. And it’s just nice to have a place that offers something for everyone.”

Fun to Jump Kona Party Center supplied a bouncy house and a climbing wall for kids, who were also offered face painting sessions and given the chance to have their pictures taken with Maui from the Disney film Moana after purchasing an all-night, $10 bracelet.

Nearby, enticing aromas arose from Lanihau Center food vendor tents set up by the likes of Loko Wraps, Wicked Chirashi and Royal Jade Chinese Restaurant, as well as others.

The shopping area was situated on the north end of the lot where local businesses paid $65 per tent to offer items from apparel to artwork.

Sisters Sara Forsberg, of Soul Creative Design and Press, and Rachel Forsberg, of Honey and Wild Design, shared a booth on the edge of the action.

“Meeting the clients and customers is awesome” Rachel said. “They can kind of chat with us and talk about art and what I do, so it’s a really nice way to connect.”

Sara, who is social media-free, said events like Fourth Friday allow her to reach out sans the digital realm.

“This is my Facebook,” she said. “It’s a way to create community.”

The next Fourth Friday is May 24.

For more information on Fourth Friday events, including how to become a vendor, email Shapiro at [email protected] 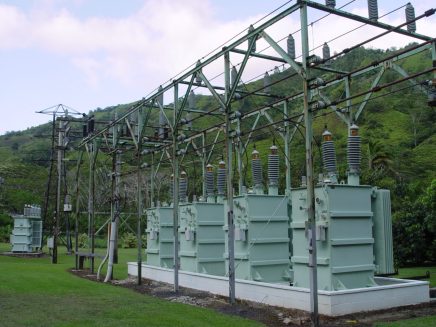 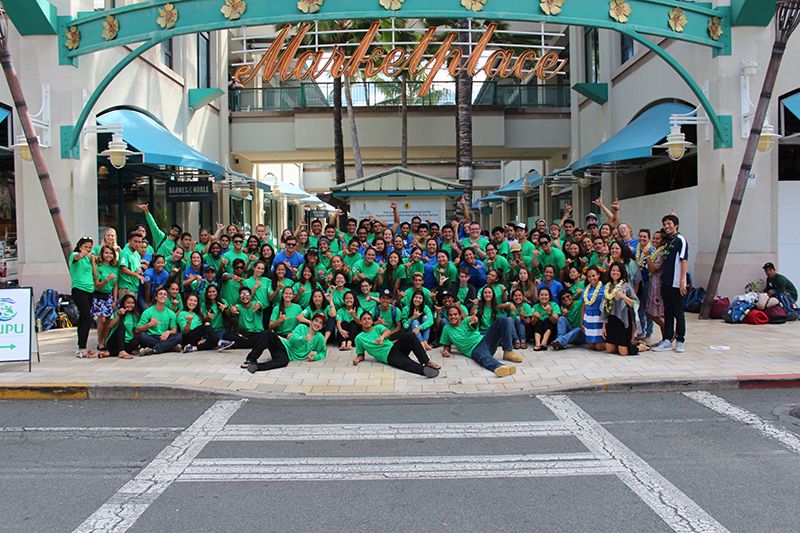